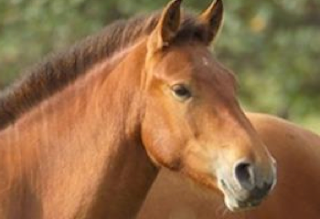 The agreement reached a few days ago in Nairobi byWTO members prohibits any export subsidy. The Canton of Jura hopes to appeal against the decision of Bern.

It is with pain that breeders of Freiberger horses (Swiss FM native horse) celebrated Christmas. This is the day they learned that the Canton of Jura would have to remove subsidies for export of their FM horses. Bad news which adds to the difficulties of exportation since the beginning of the crisis of the strong Swiss Franc.

Members of the World Trade Organization (WTO) who had a meeting a few days ago in Nairobi, have reached an agreement that gives them five years to remove export subsidies. But those paid to Freiberger farmers shall be immediate, decided Bern.

Bernard Beuret, president of the Swiss Federation of Freiberger (FSFM) said he is not surprised: "We know that the grants the Canton of Jura pays to support the export of Freiberger has annoyed the Confederation for years", he has told the daily 24 hours. This is somehow opposing with its principles of neoliberalism. " As he recalls, these subsidies were introduced by the canton after the abolition of federal subsidies, from about ten years.

The abolition of this financial support is about  CHF 800-900 per horse, and falls into an already unfavorable context, with higher taxes compared to neighboring countries including: Germany, France, and Belgium. Between VAT and customs duties, export cost amounts to CHF 2500 - 3000. The horse prices are now higher and it becomes more difficult to sell and export. Customs duties are about 20% higher in Switzerland.

Nevertheless, even if the reproduction of the Jura FM horses fell by 20% in twenty years, the race is not threatened, according to the president of the FSFM, who still wants to believe that the Canton of Jura will "consider all legal routes of opposition and appeal to challenge the decision of Bern"
To be continued...


In EquiJuri's view, this development, if not successfully challenged by Canton Jura, and this decision is canceled (which in our opinion is legally possible), FM breeders have to face the reality of competition by increasing the quality of their FM horses. The exact way of doing so has to be studied. However, due to the increasing demand and potential of sport horses, (whose buyers are not really price-driven, but more focused on quality) crossbreeding with other athletic horse blood may solve the problem. The FM breeding program in this perspective, and specially that of the Haras National Suisse, has to shift from protecting the race (which is not anyways endangered) to producing higher quality of sport horses in all high demand sectors and disciplines, such as jumping, dressage and driving.

The horse industry is like all other industries in Switzerland which are affected by the high franc exchange rate. The solution for this situation is to focus on quality rather than price. Unless FM breeders engage in specialized sport horse breeding that produce international level sport horses, the FM breeding will hardly be profitable.


In our experience subsidizing as an economic choice has relatively produced very few successes. It is not economically efficient to subsidize products and services. Market forces of free supply and demand are the best way to stabilize the markets.
Posted by EquiJuri at 8:33 PM