#1_Horse_Rules: keep moving, it is those consistent little steps that you take everyday that get you to your destination! 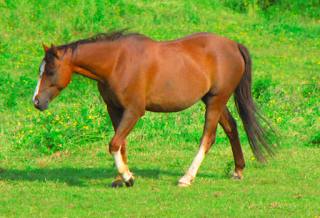 Horse Rules hashtags, are those lessons that i have learned about life from studying horses and my law practice. The rule number one is, small steps that you take consistently everyday that makes the difference and get you to your destination. We can also see that in The Panchatantra*, the most frequently translated literary product of India, and these stories are among the most widely known in the world. Among those stories, is the story of a race between two animals, the turtle and the rabbit, one is naturally slow and the other is fast. Though the turtle is slow, it is consistently taking a small steps forward, which makes it win the race. This rule of wisdom equally applies to most of the long marathons and races, such as endurance races in the horse world. It is not how fast you go but rather, your route and speed consistency. Similar to a kamel that is traveling in the desert, you hardly see it running or galloping, but rather walking. This rhythmic movement or beat that makes eventually the music by being repetitive. It is funny how such repetitive pattern eventually transcends and inspire ecstasy or a state of trance, that musicians, yoga and Sufi practitioners  know a bit more about. Such repetitive pattern brings joy in addition to the pleasure of fulfilment, due to happy hormones that the body produces after practicing such pattern, which also justifies the feeling of joy that a woman get after practicing croche for exemple. Horses who suffer from lack of turn out in the fields and locked in their boxes may also resist the stress of their situation by reverting to stereotypes such as moving their heads for example, which also results in producing such happy hormone to compensate their boredom. Which can be a subject of a future article.
So stop saying "but" and move your butt!


*The Panchatantra, an ancient Indian collection of interrelated animal fables in verse and prose, arranged within a frame story, that is attributed to Vishnu Sharma. It is based on older oral traditions, including "animal fables that are as old as we are able to imagine".
Posted by EquiJuri at 2:41 AM